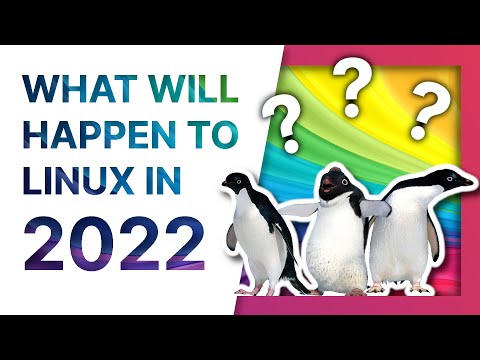 That's it, I'm done, finished. It's "mission complete" now is it not? 2022 is officially the Year of Linux Gaming. Yup, that's something I am now proclaiming and I'm also putting a flag down into February 25 (the Steam Deck release date) as Linux Gaming Day every year.

While the long-running joke of "Year of the Linux Desktop" might take forever to actually be a thing, Linux Gaming is now a lot more mainstream. Thanks largely to Valve of course bringing over Steam to Linux, and eventually producing the Steam Deck — putting the power of Linux and open source literally into peoples' hands.

Of course that's not to say it's all Valve. There's a massively long list of open source contributors who have helped to make this happen. From drivers to desktop environment upgrades there's so many different people, companies and organisations to thank. We wouldn't see the Steam Deck without open source and without the Vulkan API. I've said for years that we needed "hardware, hardware, hardware" with more vendors to properly jump in. It's not enough to have good marketing, or a good desktop, people needed a reason to use it to actually sway them over and clearly the Steam Deck is doing wonders.

If you follow the Steam Deck Reddit, you'll see a lot of people trying out (and actually enjoying) the KDE Plasma desktop mode on the Steam Deck too. Plenty of the fixes coming into KDE Plasma are as a result of people trying it out too, and finding issues, which then benefits all users. You only have to look at the regular This Week in KDE blog posts from developer Nate Graham to see how much effort goes into it.

The community building up around it is quite fantastic too, we've already seen a Plugin Loader come along which will be fun to see progress. We've seen multiple emulation tools appear like EmuDeck and RetroDECK, masses of developers moving to improve their games to add in gamepad support and better text sizing and the list goes on.

There's been times recently it felt like I woke up in a different world, when sites like PC Gamer told people to stick with SteamOS and not Windows and even LinusTT thought SteamOS did better overall. Never did I ever expect things like that to happen. Heck, even Jeff Grubb from Venture Beat said this in a recent Twitter post:

Steam Deck makes me want to puke from thinking about how stifled everything is by walled gardens. The community has already made Steam Deck so much better, and it all works together because it's open source. A better world isn't just possible; isso existe.

Steam Deck, Linux and open source are finally starting to get through the cracks — it's incredible. After writing about it for so long, this really does feel like the "what a time to be alive" clip that came from The Simpsons and is now a fun meme for this sort of thing.

Heck, you even have Microsoft of all companies jumping in to repeatedly talk about their games on this Linux handheld, and even doing a guide to get Xbox Cloud Gaming to work. It might not be Game Pass on Steam (yet?), but who had any of that on their bingo card? I sure didn't.

More companies are even now looking to go with Linux like OneXPlayer because it's showing its worth, something sadly GPD don't see.

Even Epic Games are doing a little like making sure Easy Anti-Cheat can work easily on Linux, and getting Unreal Engine into a better state for Linux with Unreal Engine 5.

Obviously, this is heavily focused on the Steam Deck, but you need to remember that apart from the Steam Client, practically all of SteamOS is open source software and all improvements go on to benefit Linux Gaming everywhere. I think we're finally starting to hit that turning point for Linux Gaming as a whole thanks to this. Absolutely tons of people are now learning more about it, enjoying it and sticking with it — exactly what we want to see.

Now if you'll excuse me I'm off to go sit on my sofa and load up a AAA game on a Linux handheld.